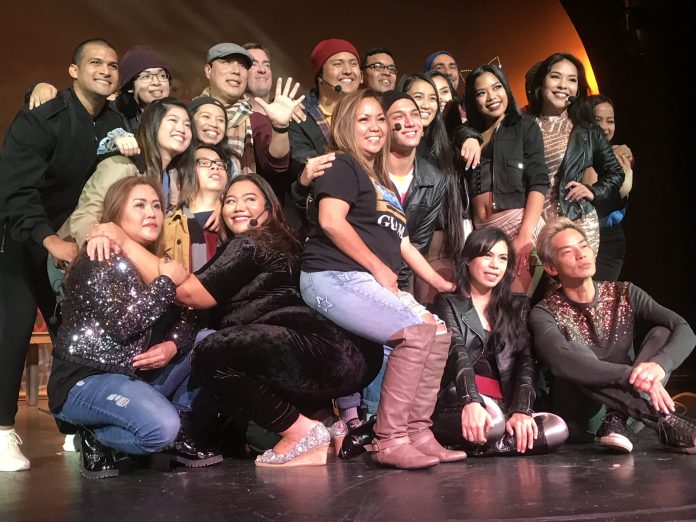 Guam – One show you won’t want to miss: Broadway musical, RENT Guam 2018 is set to premiere this week and we promise you, it’s a musical worth watching, especially since we have some of our own local performers gracing the stage.

Beginning this week, you will have the opportunity to witness the hit musical Rent right here on Guam all thanks to World Theater Productions.

Traveling the farthest distance, Csiszar flew all the way from Budapest to play the lead role of Roger in Rent Guam 2018. He explains how he came upon the role.

“Our director Jojo [Urquico] contacted me back in Hungary, actually like two months ago, not even. It was really a fast call. It was an urgent fly out and he asked me if I would be happy to do Rent here in Guam, and since this is my favorite musical, at least in the top three, I said of course, I said yes,” explains Csiszar.

Csiszar is a renowned international Broadway and musical actor who began his career over 25 years ago. He played the role of Mark in Rent 17 years ago.

He’s also played leading roles all over the world. The most recent musical he was in was Beauty in the Beast in Switzerland, playing the character of Beast.

Guam is probably the longest trip he’s ever taken, but Csiszar says he loves the island.

From Beast, to Prince and now Roger in Rent, a little message from Istvan Csiszar: “Lots of local, talented guys will appear on stage. Worth the watch, very talented guys, and the music is great so you will not regret it if you are coming. Music is fantastic. Rock music, if you like rock, this is the show you are going to love. And the story itself is very touching and very related to everyday life so you can even find yourself and your life in it, maybe even a solution to your problems.”

Written by Jonathan Larson, Rent is based in New York about struggling artists during the late 1980s HIV/AIDS epidemic.

Opening show is this Wednesday, November 28, at the Sandcastle at 11 a.m. and another at 6:30 p.m. There will also be shows on December 1.

For a full list of showings or to purchase tickets which are still on sale, visit wtpguam.com.

This is a rated R production, so parental guidance is advised.