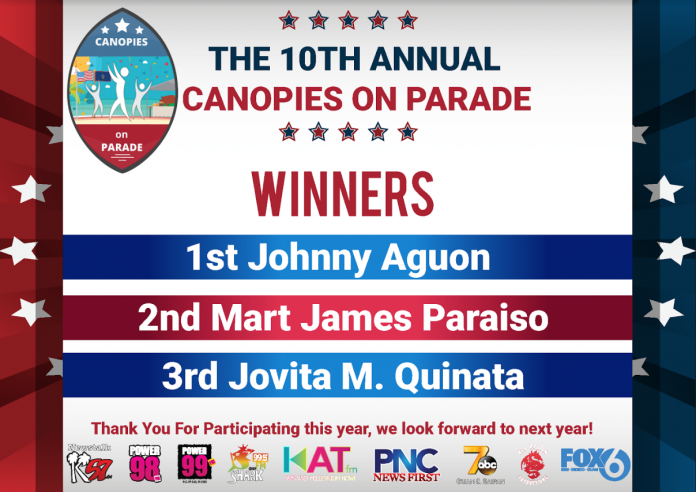 Congratulations to the winners and all the participants of this year’s Canopies On Parade!

Guam – The winners of Sorensen Media Group’s 10th Annual Canopies On Parade have been announced and this year’s lucky winners dropped by the Sorensen studios to claim their prize.

This year’s theme for the contest was “Strength in Unity.”

The first place winner of the $300 cash prize went to Johnny Aguon, the owner of Ground Maintenance Guam.

Securing second place in this year’s contest goes to Mart James Paraiso followed by the Quinata family for third place.

Congratulations to our 2017 winners and all those who participated in Sorensen Media Group’s 10th Annual Canopies On Parade.