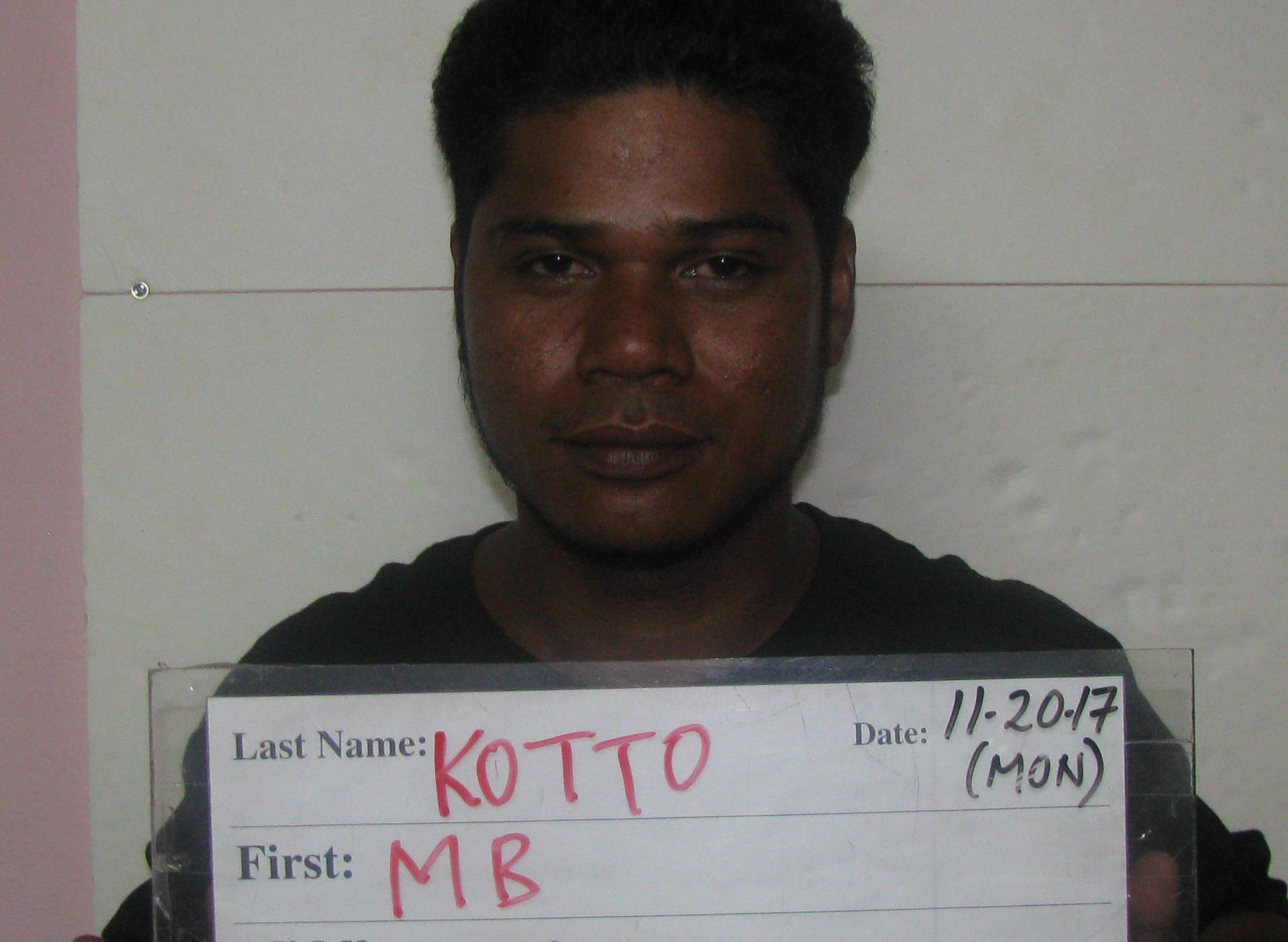 Guam – An 11-year-old boy who tried to protect his family from getting hurt is now in the hospital because of a stab wound police say was caused by the mother’s boyfriend.

Not even a teenager, and already this 11-year-old boy could be hailed as a hero. It happened last night, at around 7 pm on Mamis Street in Upper Tumon. A magistrate report says a mother was being assaulted by her boyfriend as her 14-year-old daughter and 11-year-old nephew watched helplessly.

No longer able to sit there and watch as her mother get hurt, the teenager stepped in and she, too, was assaulted as she tried to protect her mother, getting punched in the stomach several times.

As the girl was being assaulted by her mother’s boyfriend, her 11-year-old cousin—despite being no match to the suspect now identified as MB Kotto, did what most might think twice about first: he stepped in and tried to fight off the suspect.

According to police, in response, Kotto pulled out a knife and stabbed the 11-year-old victim in the neck.

Police were later called out to the scene where they found a man applying pressure to the child’s neck. The victim was taken to the Guam Memorial Hospital but his condition is not known at this time.

Police later located Kotto and his girlfriend, the victim’s aunt, Juliet Naes at the Ritz Apartment in Tamuning. The report says that as police confronted the two suspects, both denied knowledge of the incident.

But witnesses identified both Naes as the girlfriend of Kotto, leading police to arrest both individuals. As they were placing handcuffs on Kotto, police say they were forced to restrain Naes for refusing to comply with instructions before they could handcuff her.

Naes was charged with resisting arrest as a misdemeanor and disorderly conduct as a violation.