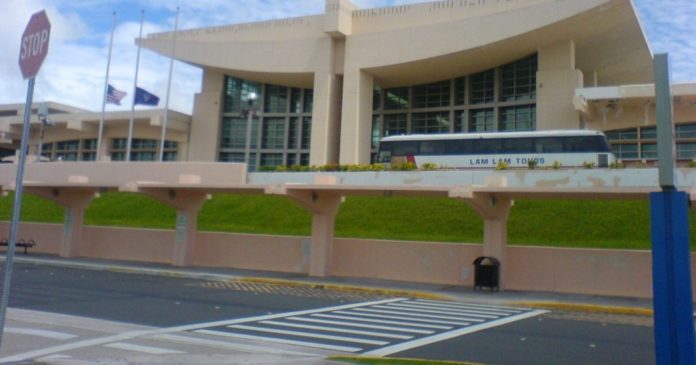 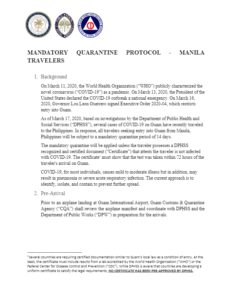 111 people who arrived at the Guam International Airport Wednesday morning agreed to voluntarily “self-quarantine,” according to three sources familiar with operations at the airport.

The Joint Information Center has not responded to requests for comment.

However a Guam Public Health official, a former airport employee and a former customs officer have all confirmed that passengers aboard United Flight 189 that arrived at the Guam International Airport at 4:05 AM voluntarily agreed to a 14-day quarantine in compliance with the Governor’s Executive Order.

The sources also confirm that Guam Customs and Quarantine has called in extra personnel tonight and tomorrow night to handle the expected influx of passengers arriving from Manila following Philippine President Rodrigo Duterte’s decision to order all foreigners to leave the Philippines by midnight Friday, March 20.