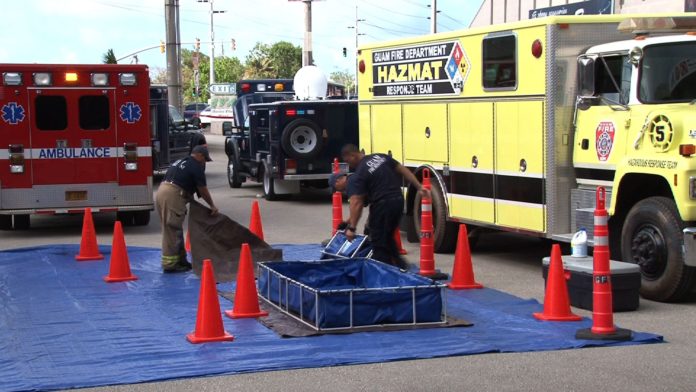 Guam – The Guam National Guard and the Guam Fire Department’s Hazmat team surrounded an upper Tumon building this afternoon following a report of a suspicious envelope.

Guam Homeland Security Spokeswoman Jenna Blas was at the scene a couple of hours after the call to GHS was made.

While authorities conducted an investigation, at least one ambulance was on scene with a stretcher that was placed outside on standby. But according to Reilly, no injuries were reported.

Blas could not say where the package originated.

“At this time the details about the package are law enforcement sensitive and it will be treated as an investigation,” she said.

Blas says only the second floor of the Eva Building was evacuated and a portion of the first floor was cordoned off.