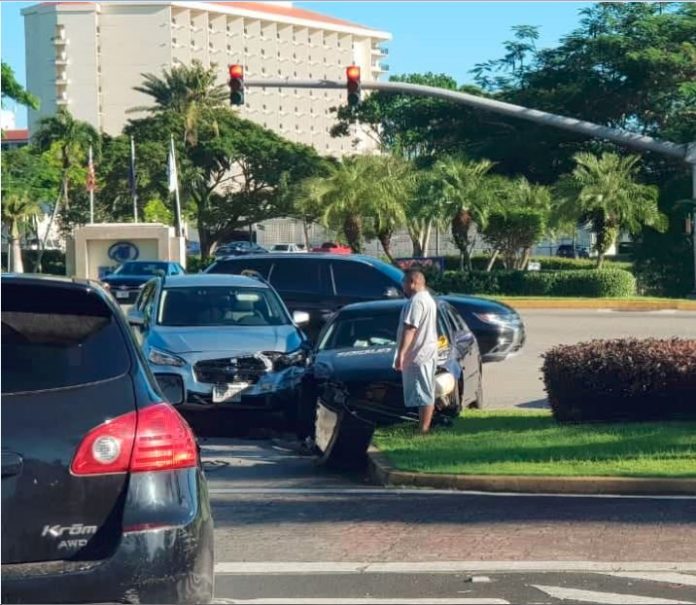 Guam – There are apparently no major injuries to report in an early morning two-car collision that slowed traffic between Hilton Guam Resort & Spa and the mouth of Ypao Road on a northbound lane of Chalan Pale San Vitores today. The accident happened before 8:00 a.m.

Before police arrived to assess the situation, the driver of a silver Subaru Crosstrek told PNC that the driver of a purple Honda Civic had run a red light, apparently heading up Ypao Road – an allegation the Honda driver denies.

Whatever the case, the Subaru driver said she was heading deeper into Tumon on San Vitores when she swerved right to avoid the oncoming Honda, which crashed over a triangular median at the end of Ypao Road and and collided with her Subaru. The man driving the Honda said he was OK but had sustained a cut in the middle of his hairline, a scrape on his temple, and a bloody elbow. The woman driver said she was OK but pretty shaken up.

Police arrived within 20 minutes to assess the situation and make sure everyone was OK. A wrecker arrived five minutes later.