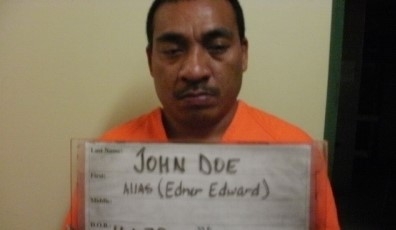 Adelup alleges Edner Edmond Edward is a multi-time criminal who did not take advantage of programs to treat alcoholism.

Guam – A convict from the Federated States of Micronesia is being transferred to federal custody — the latest man slated to be deported from Guam.

A release from Adelup says Edner Edmond Edward was in prison for burglary and criminal sexual conduct, reporting that he was arrested in 2013 for breaking into a woman’s home and getting in bed with her.  He was sentenced to six years in prison with credit for time served.

The Governor’s office adds the conviction is not Edward’s first brush with the law, reporting he has also been arrested for driving under the influence and aggravated assault, and further claiming though alcohol has played a factor in his cases, he hasn’t taken advantage of the drug and alcohol abuse program in the prison.

Edward is the 15th foreigner to either be removed from Guam via mutual agreement or through formal deportation proceedings — all part of a policy Governor Eddie Calvo began this year.