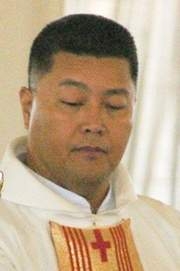 Raymond Cepeda was stripped of his title and laicized in 2009 after he was accused of sexual abuse.

Guam – A 15th lawsuit has been filed against the Archdiocese of Agana and names a former clergy member who’s been accused of sexual abuse before in the suit as well.

The lawsuit was filed by Edward Roberto Chan who’s now 45 years old against the archdiocese and former priest Raymond Cepeda.

Chan alleges that Cepeda molested him in 1987 when he was just 15 years old. Chan says that it happened at the Cathedral Basilica’s pastoral center where Cepeda was supposed to counsel Chan.

In his lawsuit, Chan says the archdiocese is liable as well because they knew that Cepeda was a sexual predator who molested several other altar boys but did nothing about it.

Cepeda was laicized or defrocked in 2009 after he was accused of sexual abuse in 2004. Cepeda served as a priest at the Santa Barbara Catholic Church in Dededo and at the Cathedral Basilica.