Guam – 16 year old Jerrett Taispic Muna will be tried as an adult for his alleged role in an attack on 48 year old Raymond Paredo who remains in critical condition at Naval Hospital.

According to the Magistrate’s complaint, Peredo broke up a dispute between 2 people last Saturday night outside the Ebenezer store in Yona, near the large Carabao statute.

Paredo then got on his 4-wheeled ATV to leave the area when a number of people who were involved in the dispute came out of the Ebenezer store “carrying 2 X 4 sticks” and attacked him.

Peredo tried to get away on his ATV, but it flipped backward trapping him underneath.

16 year old Jerrett Muna approached and, according to the complaint, struck Paredo on the back of the head with the 2 by 4.

“Others in the group kicked and punched” Peredo “as he lay pinned under the ATV.” Then they fled.

“At this point the only observable injury was a bloody nose,” states the complaint. Peredo got up, righted his ATV and started to drove off, but Muna, using his t-shirt as a lasso, is then alleged to have run after the ATV and “used the shirt to pull the victim off the ATV causing” Peredo “to fall head first onto the pavement.”

Peredo was found by medics bleeding from the head and “unresponsive at the scene.” He was transported to naval hospital where doctors found he was suffering from a skull fracture, multiple left side broken ribs “resulting in a pneumothorax requiring a chest tube and brain injury.”

Muna’s parents have also been charged. 43 year old Franklin Cruz Pangelinan and 42 year old Annette Taisipic Muna, both of Dededo, were booked and released Tuesday on charges of Guilt Established by Complicity and Jurisdiction over an Adult.

Besides the 16 year old, and his parents, the 4 other people arrested in the case are: 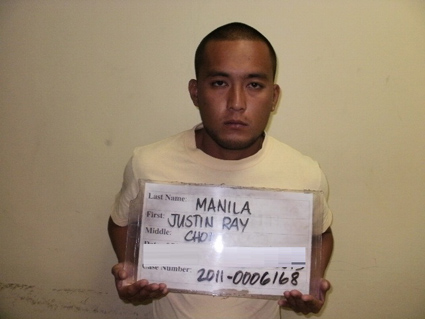 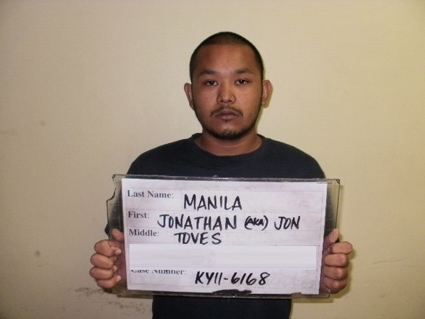 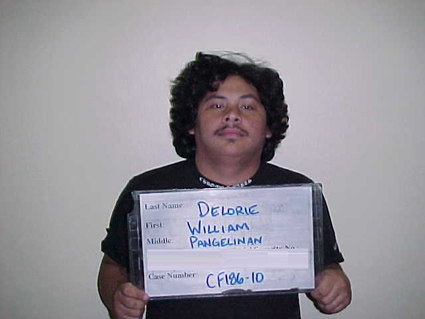