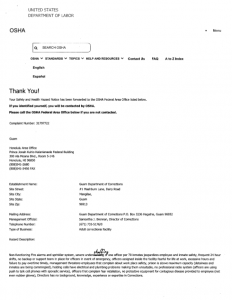 Guam Federation of Teachers representative Robert Koss has filed complaints with the Federal Bureau of Prisons, the Occupational Health and Safety Administration, and the Guam Department of Labor on behalf of the Department of Corrections Employees represented by the union. 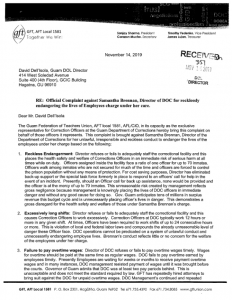 In her statement, the governor pointed out that staffing shortages and under-funding have festered for years at DOC, and her administration inherited many of the current problems.

The governor said her goal is the deployment of at least 40 new DOC officers and providing additional resources for safety equipment.

She said that unpaid overtime has been reduced from a backlog of three months to just two pay periods behind.###