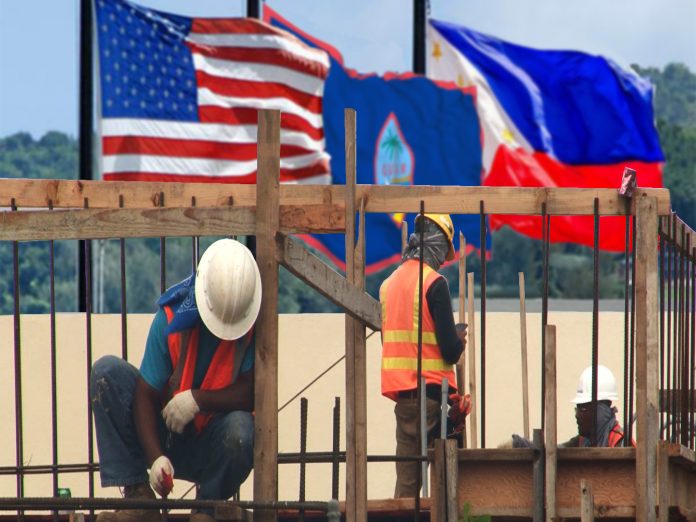 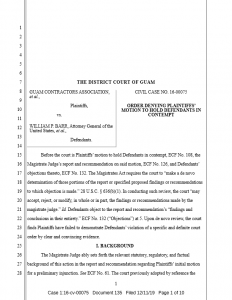 District Court Judge Frances Tydingco-Gatewood has rejected a motion to hold the U.S. Citizenship and Immigration Services in contempt for failing to approve H-2B worker petitions for Guam contractors and others in need of skilled foreign labor on Guam.

Jeff Joseph, the attorney representing the Guam Contractors Association and others, sought an order of contempt against the USCIS for what he argued was the agency’s “willful failure to comply” with Judge Tydingco-Gatewood’s January 2018 preliminary injunction against the immigration service.

However, in an order issued Wednesday, Judge Tydingco-Gatewood rejected the request concluding that the contractors “have not shown by clear and convincing evidence” that USCIS failed to abide by her prior injunction.

She noted that the immigration service has acknowledged that their prior H-2B approval process “may have been unlawful” because “it may have involved the issuance of H-2B visas absent a true determination that all of the statutory requirements were met.”

The judge interpreted that statement to be a concession by USCIS that they were improperly “rubber-stamping” petitions in past years “without properly investigating or determining whether the temporary need requirement was met.”

“It is beyond dispute,” wrote the judge, “that the court has no authority to order a party to violate the law.”