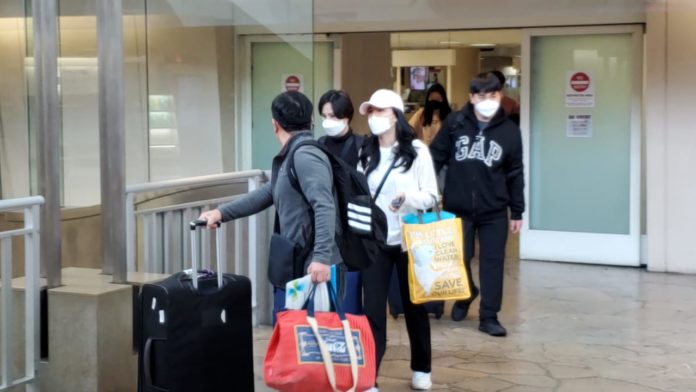 23 airline passengers who boarded flights in China arrived on Guam early Monday morning before the travel restrictions imposed to stem the spread of the novel coronavirus took effect.

Guam Department of Health Director Linda DeNorcey told K-57’s Patti Arroyo that the arriving passengers were screened and released after they showed no signs of having the novel coronavirus.

They have now checked into their hotels on Guam.

DeNorcey said that the screening procedures that were in effect this morning were activated. The 23 passengers from China were brought to an isolation area for screening. They showed no signs of the virus and they were released.

Airport Executive Director Tom Ada told Arroyo said that none of the passengers from China came from the city of Wuhan in Hubei Province where the coronavirus epidemic is believed to have started.

*Any foreign citizens who has been in China in the prior 14 days will not be allowed to come to Guam. Airlines are responsible for enforcing the ban at the point of embarkation and they are subject to fines for violating it.

*U.S. citizens who have been in Hubei province or Wuhan within the last 14 days of  returning to the U.S. will be subject to up to 14 days of mandatory quarantine to ensure they are provided proper medical care and health screening.

*U.S. citizens who have been in other areas of mainland China within 14 days of their return to the U.S. will undergo proactive entry health screening and may be subject to up to 14 days of self-quarantine with health monitoring to ensure they have not contracted the virus and do not pose a public health risk.

*All flights originating in China bound for the U.S. will only be allowed through seven U.S. airports starting Sunday, February 2 in the evening.

Honolulu is one of the seven airports.

In the event that a foreign national or U.S. citizen subject to quarantine arrives on Guam, they will be may be quarantined for up to 14 days.

The location of the quarantine facility on Guam and details about it have not been released.