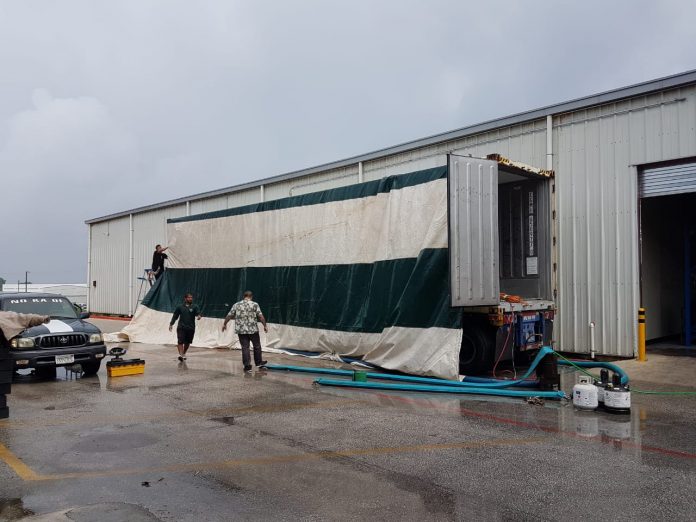 Guam – About 180 cases of cabbage infested with larvae and aphids made its way to Guam and fortunately Customs and Quarantine was quick to spot the pest before it could make its way to grocery stores and into our stomachs.

The container arrived from South Korea and was initially inspected on Tuesday, May 29, by a Customs’ Maritime Container Freight Station team of two.

Discovered and collected were samples of what were determined to be ladybug larvae, as well as aphids.

Customs awaited a determination from the USDA on the appropriate action to treat and eradicate the aphids as the container arrived from a foreign port.

The importing consignee was given the option to treat, destroy, or re-export the container back to its port of origin, and they opted to treat.

Customs’ biosecurity task force used seven pounds of methyl bromide to fumigate the container for two hours, or until customs officials could no longer find live aphids within.