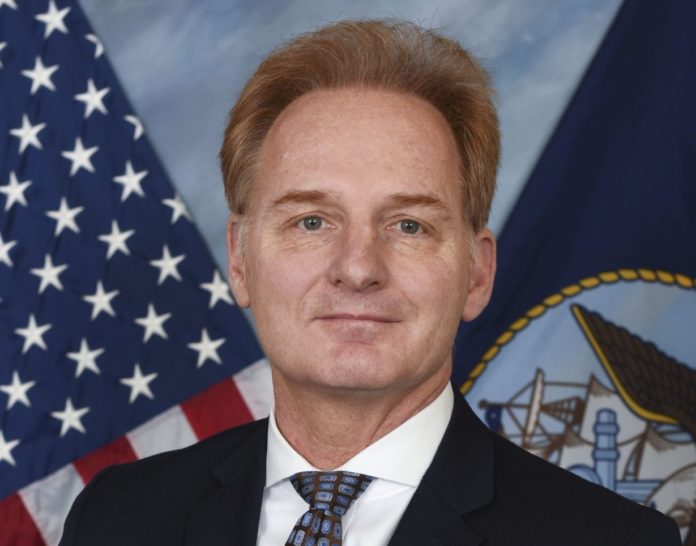 The New York Times is reporting that Acting Navy Secretary Thomas Modly slammed the fired Captain of the USS Roosevelt in an address to the crew that remains aboard the vessel on Monday.

Modly fired Captain Brett Crozier last week after an email Crozier wrote was leaked to the media. In the email to his superiors Crozier made a plea on behalf of his crew for help in fighting the outbreak of the coronavirus aboard his vessel.

According to the Times report Modly said Crozier was “too naive or too stupid to be a commanding officer” if he thought that the email wasn’t going to leak. “The alternative is that he did this on purpose,” Modly reportedly said.

The ship remains docked in Apra Harbor at Naval Base Guam. At last report 155 sailors had tested positive for the coronavirus and they are in isolation on Naval Base Guam.

Hundreds of other sailors who have tested negative are now in 2 week quarantine at various Guam hotels, under military guard.