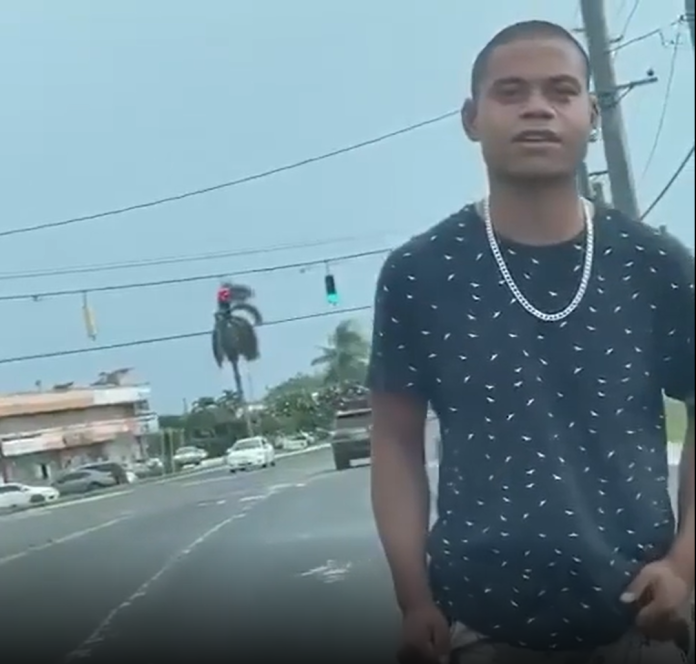 According to the Guam Police Department – On Saturday, June 11th – at around 4:38 PM, Patrol Officers responded to several calls reporting a man stopping vehicles on the roadway of Route 10 and the junction of Corten Torres St. in the village of Mangilao.

A viral video depicts a man, who was later identified to be Haleyalit – standing on the main highway of Route 10, stopping vehicles and aggressively calling people out to fight.

GPD reports that when officers arrived in the area – they observed several individuals restraining a man on the roadway of Apiag Lane. Through the course of their investigation – the man who was being restrained fit the description of callers asking for help.

Haleyalit was booked and released and the case was forwarded to the Attorney General’s Office for their information and disposition.