Guam – Leaving a historic legacy on Guam, Brigadier General Robert H. Neitz, the first Adjutant General for the Guam National Guard, passed away on Wednesday, December 21 (EST) in Virginia. He was 83.

BG Neitz was appointed as The Adjutant General (TAG) for GUNG by President Ronald Reagan, under then Governor Paul M. Calvo, who served as the Guam Guard’s first Commander-in-Chief.  BG Neitz was the TAG from 1981 through 1985.

MAJ GEN Benny M. Paulino, the current TAG, said it was certainly a sad day for the Guam National Guard to hear of BG Neitz passing away.

“We wish his family the best. He holds a very special place in the Guam National Guard’s history having the distinction of being the first adjutant general… I met him when I was the TAG the first time around. We dedicated Phase 1of the Guam Army National Guard Readiness Center. He was here for that and was our keynote speaker. He was always excited about coming back to Guam,” MG Paulino said.

BG Neitz returned to Guam at least three times since retiring. The three times he was on island was to help commemorate the 10th, 20th and 25th anniversaries of the Guam National Guard. 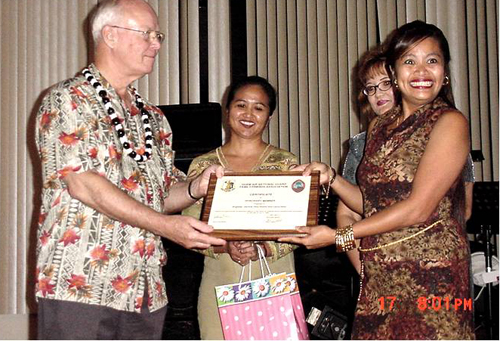 He played an active part in determining the feasibility of establishing a National Guard on Guam, having been part of a National Guard Bureau assessment team that visited the island in February 1981. He also helped draft proposed local legislation, that was eventually passed by the 16th Guam Legislature, to establish the Guam National Guard.

BG Neitz retired from the U.S. Air Force as a command pilot with 33 years of service and over 5,000 hours of flying time, according to a biographical write up from his U.S. Air Force Training Class website.

He began his career as a B-26 night interdiction bomber pilot during the Korean War, and was commander of a C-97 heavy transport group in Vietnam. He was an instructor pilot and flight examiner for many years. He concluded his military career as the TAG for the Guam Guard.