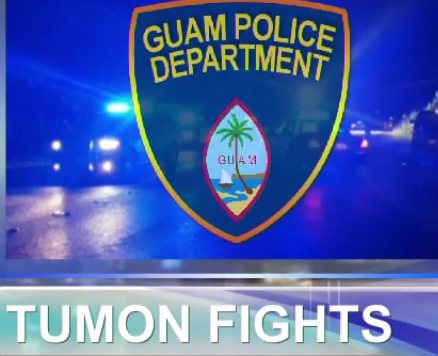 There were two brawls over the weekend and while one was caught on video and went viral on social media without any arrests, the second street fight resulted in nine arrests as those arrested quickly learned that closing time means you don’t have to go home but you can’t stay in the premises.

In the first brawl, a woman can be heard screaming as a witness caught on camera several fights that broke out on the streets of Tumon early Sunday morning.

The viral video was recorded by a witness who declined to be identified. The witness says he heard a commotion and immediately began recording the incident on his phone.

The witness told PNC that there were at least a dozen individuals involved in the brawl and that they appeared to be all military service members who “scurried away” before police arrived.

The brawl broke out at 2 a.m. in front of the Tumon Subway branch and the Acanta Mall. Young men and women are seen exchanging blows but what prompted the fight is unknown.

The brawl is being investigated by the Naval Criminal Investigative Service and Guam Police.

But unlike the Tumon brawl, the cause of this fight was closing time as the individuals involved wanted to stay and attempted to re-enter the club.

Tapao says that a large gathering of patrons trying to re-enter Club Sassy’s broke out into a riot leading to the arrest of nine individuals who appear to be of FSM decent.

The nine men were booked and confined on the offenses of rioting, disorderly conduct, public drunkenness, failure to disburse and obstruction of government functions.

Samuo was additionally charged with possession and use of a deadly weapon in the commission of a crime.