Guam –  Chris Kipas Tipingeni and Gandova Select appeared in Superior Court Saturday where they were formally charged with selling SPICE.

READ the Magistrate report HERE [scroll down, last one]

According to the magistrate report, last Thursday, “under cover officers” drove into the parking lot of the Hemlani Apartments in Harmon and made a number of undercover buys of “SPICE” from individuals who approached their vehicle.

They later returned to the scene and arrested Chris Kipas Tipingeni who “admitted to selling spice one behalf of another person” at the complex.  Gandova Select was “identified” and “admitted that he had sold “SPICE” earlier that day before police arrived.”

A third man was also identified and arrested but later released “for humanitarian reasons when officers discovered that his leg appeared to be gangrenous potentially posing a medical risk to himself or other detainees.”

Also last Thursday, local and federal agents executed federal search warrants at the “Smoke Shop” in Tamuning and the “Gallop USA Store in the Micronesian Mall.  Several ounces of the drug SPICE were confiscated and $100-thousand in cash was seized. No arrests in that case have been announced. Its not clear whether the raid on the 2 shops is connected to the arrests at the Hemlani Apartments. 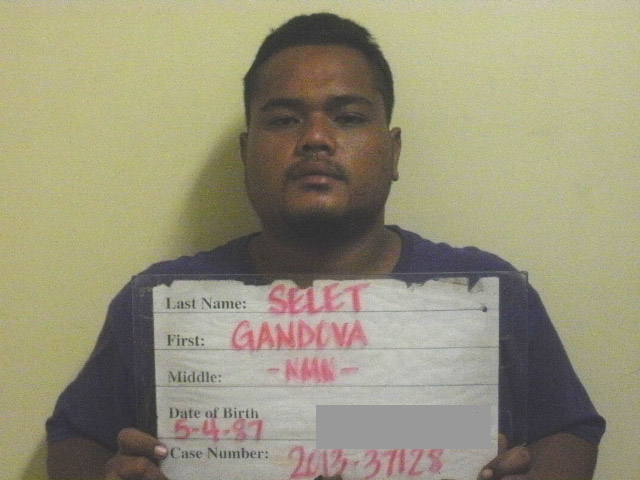