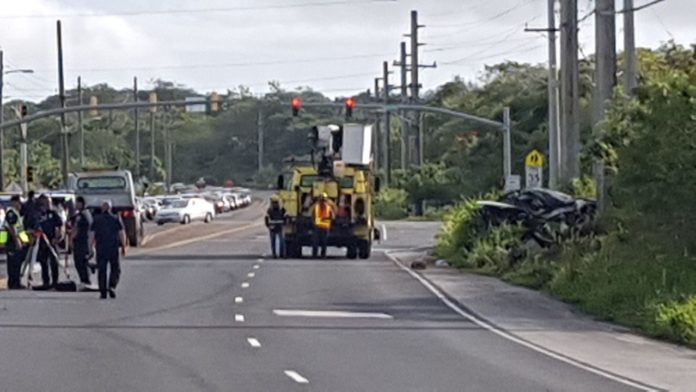 Guam – Two people have died in two separate car accidents, one involving a pedestrian and the other involving a power pole.

The first crash, an auto-pedestrian accident, was reported at 1:20 a.m. along Route 1 near Wusstig Rd in Dededo. Guam Fire Department Spokeswoman Cherika Chargualaf initially reported one patient was transported to the Guam Memorial Hospital with major injuries.

Less than an hour later at around 2:07 a.m., another collision was reported along Route 3 near Okkodo High School in Dededo. Chargualaf again said a victim was transported to the hospital “with major injuries.” Guam Police Department Spokesman Sgt. Paul Tapao said the vehicle in this accident ran off the roadway and hit a power pole.

At around 5:18 a.m., Tapao announced that both victims had died.