Guam – Two men delivering supplies to the Department of Corrections kitchen in Mangilao have been arrested on charges of trying to smuggle contraband into the prison.

As required, a search was conducted of the vehicle and the 2 men.

“During the course of the search,” states Lt. Aguon, “the officer discovered tobacco products and a substance believe to be ‘SPICE’.”

DOC Officers arrested both Airam and Ruben. They have been confined on charges of promoting prison contraband and possession of a Schedule I substance with intent to distribute.

PNC News spoke with JJQ President Cong Lin Wu who told us that Airam is his warehouse manager. But Ruben is not a full time employee and was only hired part time to help unload containers. Neither man, said Wu, delivers supplies to the prison on a regular basis, “Its not their job,” he said.

He said the pair was only involved in yesterday’s delivery because someone had called in sick. 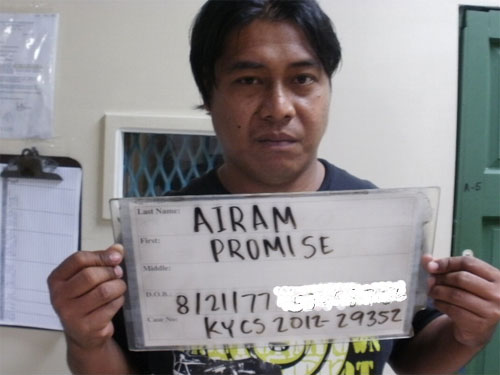