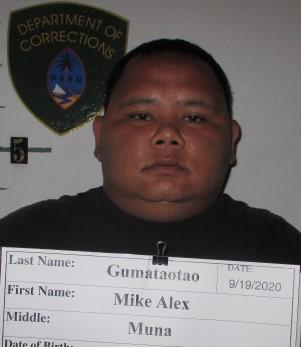 Two Department of Corrections officers are the subject of an internal investigation. One of the officers has been arrested for drug possession and promoting major prison contraband.

The two officers were found with suspected prison contraband during an administrative search of officers reporting for duty.

Gumataotao admitted to possessing and bringing the bottle lotion into DOC, but denied that he knew the contents of the bottle, police reported.

According to court documents, Gumataotao was released on his personal recognizance.

DOC Major Antone Aguon says Gumataotao has been employed with the department for eight months.

Meanwhile, the second officer, employed with DOC for 5 years, was found with tobacco products. The officer has not been identified, however, Aguon says he was booked and released.

Both officers have been placed on administrative leave pending the outcome of the investigation.