Next year, other Soldiers, both Enlisted and Officers, will also begin training in their aviation military occupation skill set to be fully prepared to receive the aircraft in 2015, Breeze added.

Upon receiving the two MedEvac aircraft, the unit will go through an extensive six to nine month certification process to be fully mission-capable in order to support the island and the nation’s needs.

WO1 Enderes is a graduate of John F. Kennedy High School and obtained his Associates Degree in Automotive Technology from Guam Community College. He joined the GUARNG as a member of the 721st Army Band in 2008 as a Private.

WO1 Uchida, from Agana Heights, will be starting her flight school next week.

She is a graduate of Moana Loa High School in Honolulu, Hawaii and attended Trinity Western University in British Columbia, Canada.

WO1 Uchida joined the GUARNG as a member of Forward Support Company, 29th Brigade Support Battalion in 2011 as a private.

WO1 Uchida will be the first female Aviation Warrant Officer to attend Flight School for the Guam Army National Guard. She is the daughter of Dan and Kathy
Uchida, who reside in Honolulu, Hawaii. 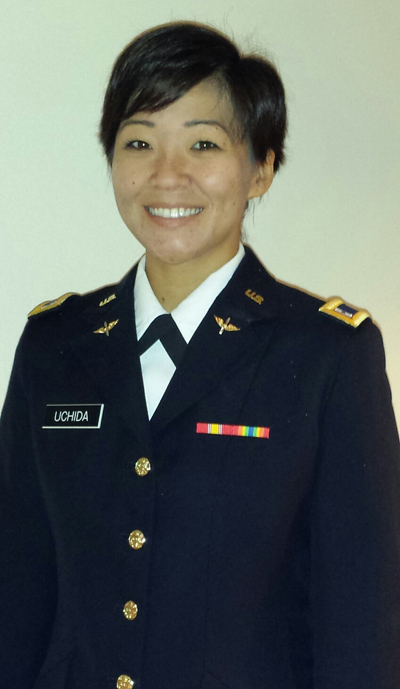 WO1 Uchida is originally from Hawaii and besides her parents, she would like to thank the special people who have helped her to get where she is at and keep her motivated through her journey: from Hawaii are her parents, Dan and Kathy Uchida; the late Gary and Edna Uchida; the late Robert and Elsie Chang. Her Guam family includes Mrs. Linda Yeomans; Edward Sr, Emmy, Edward Jr and Edwin babauta and Mark and Joaline Smith.