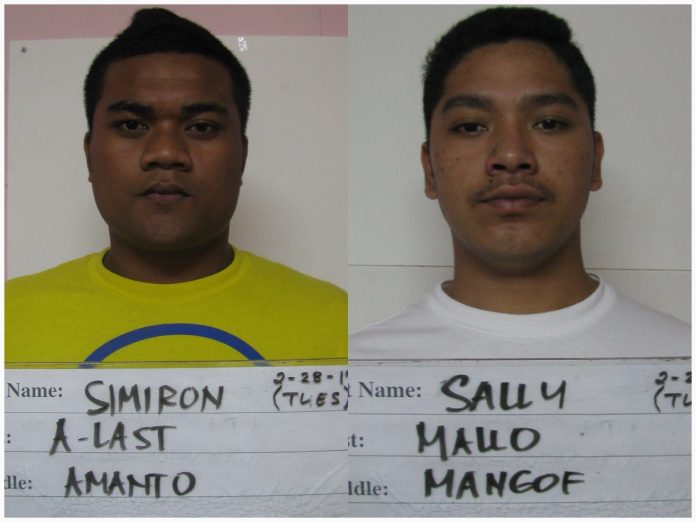 According to court documents, Alvarez pleaded for his life as the two suspects continued to beat him to death.

Guam – A-last Simiron, the man accused of aggravated murder in the February death of Gilbert Alvarez may be entering into a plea agreement with the Attorney General’s Office.

Simiron and his co-defendant Mallo Sally appeared in court separately for their cases. Both were charged with a slew allegations, including aggravated murder, murder in the first degree and manslaughter, among other assault charges.

The victim was found unconscious with injuries to his face by a jogger back in February. A witness later came forward describing what appeared to be two men, whom police later identified as Simiron and Sally, assaulting someone  in the early morning hours before Alvarez was found.

Through a follow up investigation, police later learned that Alvarez was giving the two hitchhikers a ride home when they suddenly decided to murder him by beating him to death with a pipe. Simiron and Sally then allegedly took off with the victim’s vehicle which was then involved in a car accident in Yigo.

In court today, Simiron walked into the courtroom with a rosary bead around his neck. His legal counsel, John Morrison, indicated that the parties are close to reaching an agreement. Sally’s attorney, Jay Arriola, meanwhile noted that they have been in contact with an expert witness and all discovery has been sent to this individual.

Both defendants were arrested and charged together but their cases have since been severed. Sally will be moving forward to trial while Simiron may sign a plea deal and will likely be required to testify against Sally as part of that deal.

The defendants’ next hearing is is scheduled for January 16.