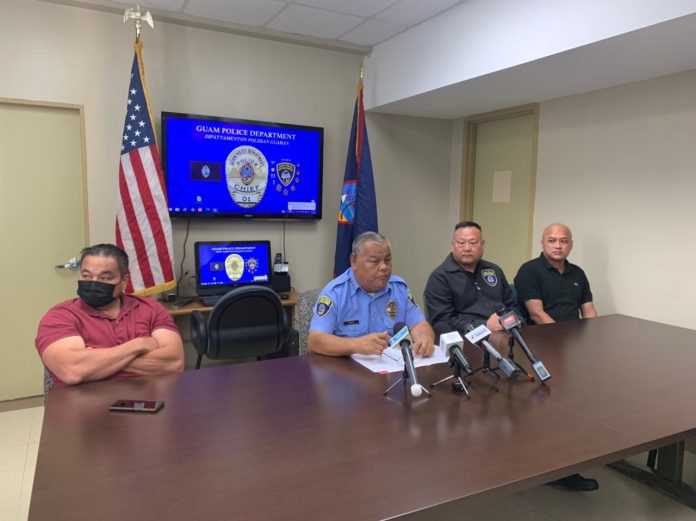 2 Males were arrested in relation to the dismembered and burned victim found earlier this year.

Manny Sablan Murciano Jr. was arrested for the following – Murder, Aggravated Assault, Assault, Use of deadly weapon in commission of a felony, reckless conduct, discharge of a firearm, purchase–possession–use of a firearm without valid ID, destruction of evidence, disinterring of a corpse and conspiracy.

Robert Issac Revels, was arrested for Conspiracy, Guilt Established by Complicity, Destruction of Evidence, and Disinterring of a Corpse.

Both were arrested by Guam Police Officers earlier today.

The 2 individuals were arrested for the murder of the victim who was found by the Guam Fire Department on January 29th of this year.

The victim – who is now identified to be Stevy Villanueva of the village of Yigo.

According to Police Chief – Stephen Ignacio – in a media conference – Murciano and Revels were identified through discussion with the Prosecutor’s Office, along with multiple interviews along with evidence that was collected.

Chief Ignacio said, “It’s our understanding that this case, it involves possibly 2 things. 1 it appears to be a drug related homicide, there’s a debt owed by the victim. And 2 there’s an indication that there may have been an argument between the victim and the suspect regarding a female individual”

The case remains open and has been forwarded to the Attorney General’s office.