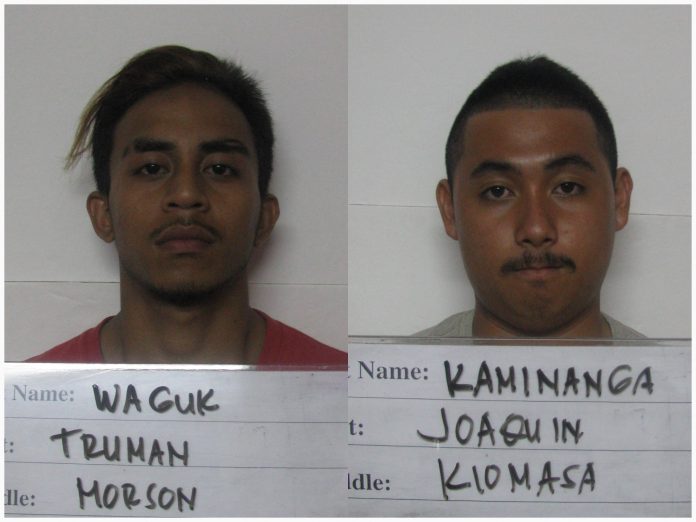 The suspects also stole a vehicle which was later involved in a crash in Maite.

Guam – Three men are behind bars for allegedly burglarizing 20 to 30 vehicles in the Latte Heights area, stealing one vehicle, a firearm and several other items.

The occupants of the Tacoma fled the area, but police were able to apprehend Kaminanga who then turned in the other two suspects.

The three admitted to burglarizing 20 to 30 vehicles in the Latte Heights area, stealing the Toyota Tacoma and also stealing a firearm from one of the vehicles.

Kaminanga and Waguk were booked and confined. Monu is being held at the Department of Youth Affairs.