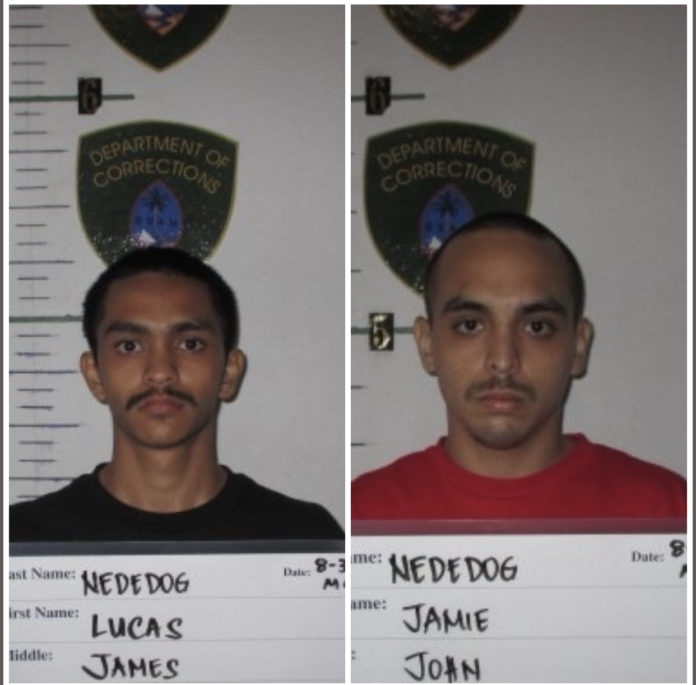 Two gun-wielding men have been arrested for terrorizing a person at the Agat Mayor’s office.

The victim told police that he was approached by 26-year-old Jamie Nededog and 18-year-old Lucas Nededog on August 31, while outside the Agat Mayor’s office.

Both men were later located and subsequently arrested for terrorizing.

They were booked and confined to the Department of Corrections.