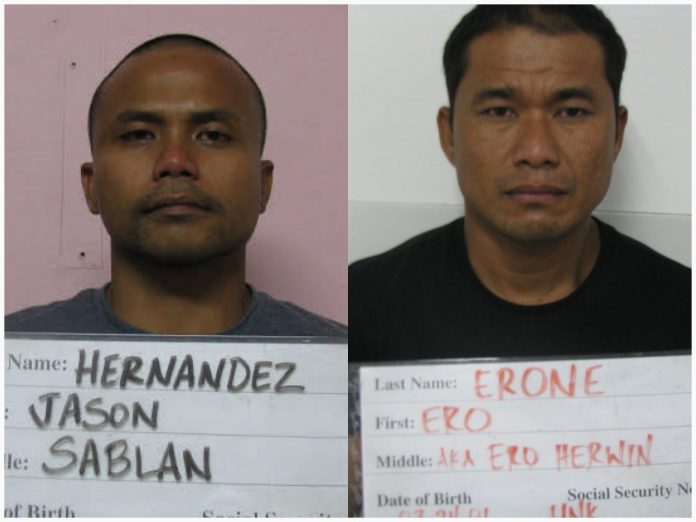 Era Erone and Jason Hernandez are accused of getting into a drunken fight.

Guam – Two men are behind bars for a stabbing incident that involved alcohol.

The two were charged with aggravated assault and possession and use of a deadly weapon in the commission of a felony.

Balajadia says officers initialy came upon Erone hitting Hernandez with a machete. Before Erone could strike him again, police were able to use a taser on the suspect.

Hernandez was arrested when police later learned that he had cut and stabbed both Erone and another man with a switch blade..