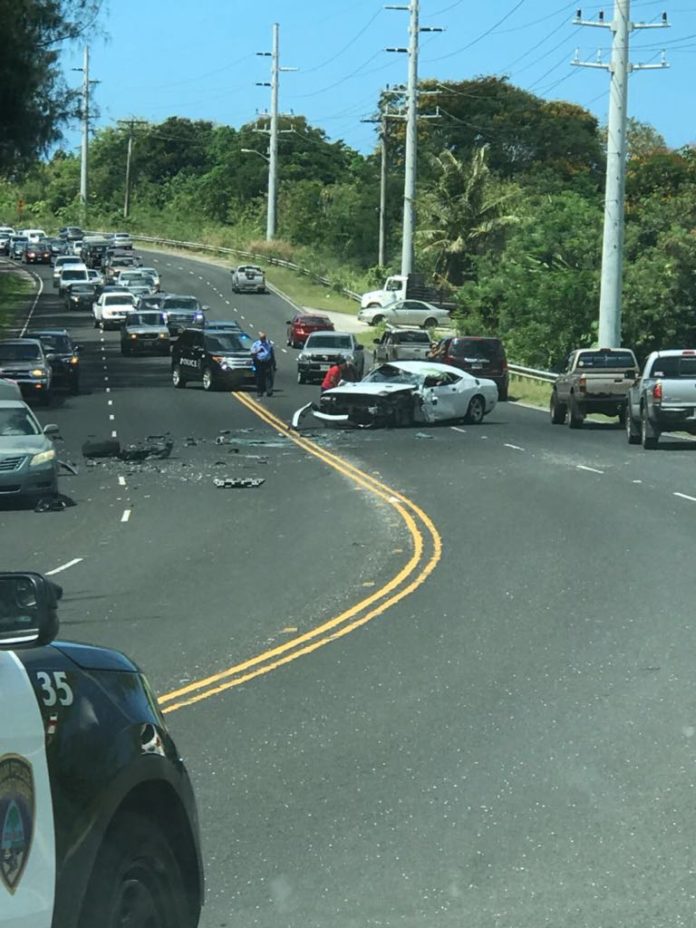 Guam – Two individuals were seriously injured in a two-car crash this afternoon along Route 2 near Pizza Hut in Sumay.

The crash was reported at 1:38 p.m. according to Guam Fire Department Spokesman Kevin Reilly. All lanes going north and south bound were blocked off for several hours as firefighters extricated the victims.

At about 3:15 p.m., roads were reopened. The victims’ status is unknown at this time. An investigation is now underway.