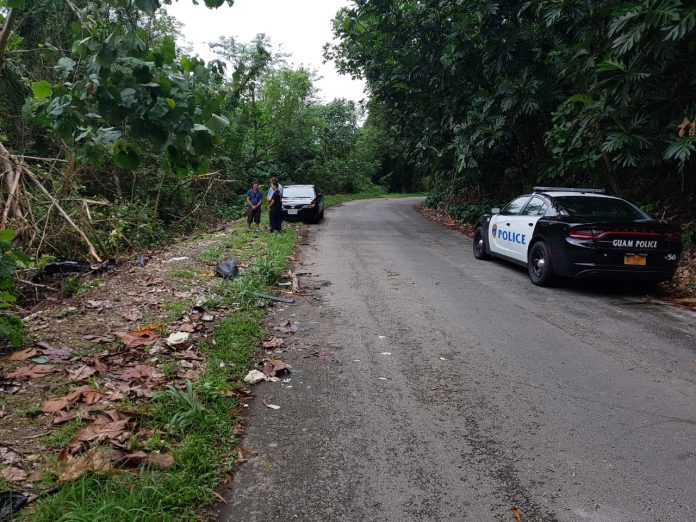 Guam – Crash investigators continue to look into what may have caused the lone vehicle accident that claimed the lives of two out of the three teenage occupants.

Guam’s roads claim the lives of two 17-year-old boys this weekend, following an auto-accident on Aguon Road in Yona, or as the area is most commonly known, Manenggon.

According to Guam Police Department Spokesman Sgt. Paul Tapao, around 11:50 Saturday night, officers responded to the incident involving a black Toyota Corolla after the driver lost control and veered off the roadway. The preliminary investigation suggests that the three male occupants of the vehicle were traveling East on Aguon Road before the accident occurred.

According to Guam Fire Department Spokesperson Kevin Reilly, the driver was a 19-year-old boy who was the sole survivor of the crash. The driver emerged from the wreckage and called 911.

Following the crash, two of victims were transported to Naval Hospital with CPR being conducted on scene and en route to NHG. The remaining male was found lifeless and unresponsive, hence the decision by medical units from the Guam Fire Department not to proceed with emergency medical care.

Unfortunately, one of the 17-year-olds taken to NHG succumbed to his injuries and was pronounced deceased by attending physicians.

According to GPD’s Sgt. Tapao, the case is still ongoing, as crash investigators out of the department’s Highway Patrol Division will follow-up on whether speed, alcohol, drugs or road conditions attributed to the incident.

According to Guam Department of Education Public Information Officer, Isa Baza, “We are aware that two Simon Sanchez High School students were involved in the accident and our condolences go out to the victims and families involved. We are ensuring that additional counseling supports are provided to students at SSHS.”

When told that GPD is awaiting the autopsy results for their investigation, Espinola told PNC, “They can wait all they want. I’m not doing the autopsies.”