Although we are thousands of miles away from the mainland, 9/11 changed Guam just as much as the U.S. and the rest of the world.

Sept. 11, 2001, brought about profound changes to Guam, as our tourism industry tanked, recovered, and is now down again due to COVID-19. The military, which had previously been downsizing on Guam, suddenly realized our island’s strategic importance and bolstered its forces here.

Since 9/11, the U.S. embarked on two major wars in Afghanistan and Iraq, aside from the less conventional intelligence and special forces war conducted against terrorists worldwide.

Twenty years after Sept. 11, 2001, America seems to have won the fight, for there has not been another terrorist attack or attempt in the U.S. of 9/11’s magnitude. Osama Bin Laden, the architect of the attacks, is now dead and from all indications, al Qaeda is now on the run.

Still, it is the nature of this new form of warfare that terrorists will always try to find a way to hurt the U.S. and its allies. In this new asymmetric war, traditional concepts of victory mean nothing for if a single terrorist succeeds in inflicting harm, they will have won.

It is for this reason that despite its successes in the war against terror, the U.S. military continues to adopt the doctrine of “permanent war” – the idea that America will always be fighting someplace, whether conventional or unconventional, a kind of perpetual war if you will.

Guam plays an important role in this new military posture.

The two military bases on island played pivotal parts in the Middle East wars America has been involved in, serving as the staging area for troops, supplies, and equipment sent to the combat zones.

Moreover, Guam, along with Diego Garcia, has given the U.S. the ability to project airpower to any crisis location in the Middle East and Asia, providing the military with the ability to deploy to any hot spot at a moment’s notice.

We have also become the tip of the U.S. spear in the Asia-Pacific, as the so-called “rogue states” in the region continue to exhibit threats to U.S. interests, and a resurgent China continues to rattle its sabers.

Whether we like it or not, we are now enmeshed in the war against terror because of our ties with the U.S. and our strategic location.

This is something to think about as we continue to deliberate our own relationship with the military in terms of the military buildup on island.

It is good to look after our interests with regard to the military buildup, but we must also look at the vital role the military on Guam is playing in protecting U.S. and regional security. For better or worse, we are now involved in this “permanent” war. 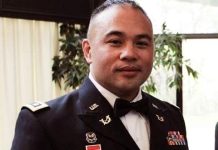 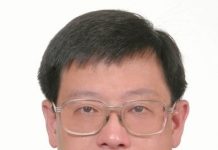 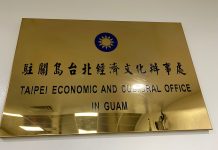