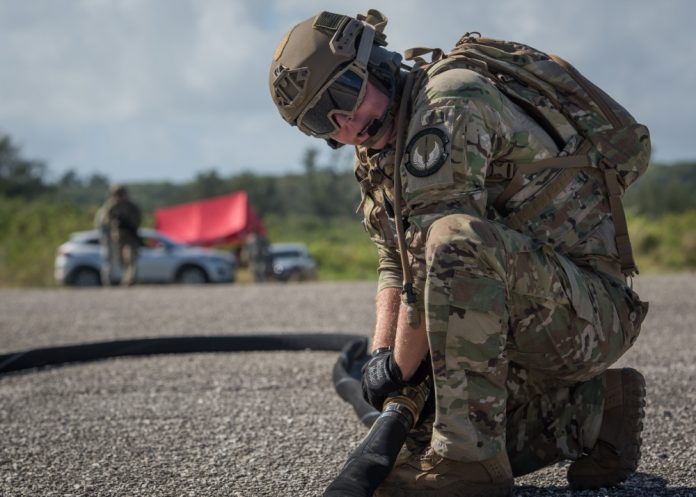 The United States, Japan and Australia are participating in COPE North 2019 (CN19) at Andersen Air Force Base until Mar. 8, 2019.

The exercise will begin with a week-long humanitarian assistance and disaster relief training event that will then lead to the need for a large-force employment, all of which is designed to increase readiness among the allied nations.

The exercise’s focus on humanitarian assistance and disaster relief provides critical training to U.S. and allied forces that has a direct impact on the militaries’ ability to support the region, including Palau and the Federated States of Micronesia.