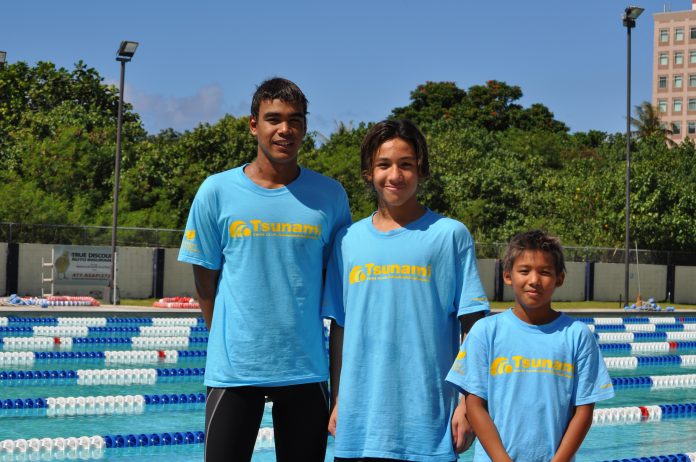 Guam – Guam’s swimming clubs got together for the All Island Invitational at the Hagatna Pool on December 18 and three local swimming records were broken that day.