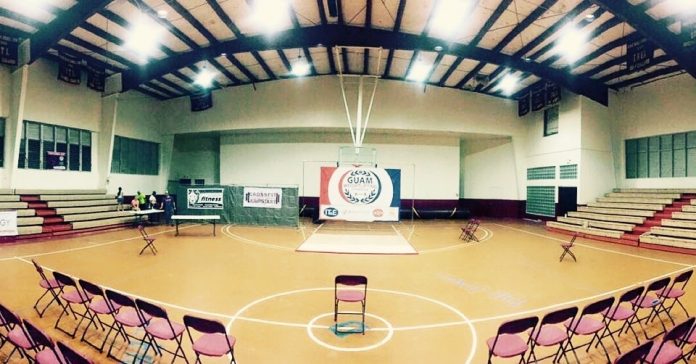 “This is just the beginning.  Right now we are working on promoting the sport in our local gyms and working with coaches to fully understand this sport.”

MANGILAO – The Guam Weightlifting Federation hosted the 2015 Micronesia Weightlifting Invitational at the Father Duenas Memorial School Jungle this past Saturday December 12, 2015. The event drew 28 athletes from around the island and also athletes from Saipan.  The female division saw 9 females compete and the men had 19 competitors.

The Micronesia Weightlifting Invitational, the largest event so far, capped off the 2015 year by inviting neighboring Micronesia islands to compete in efforts to expand and promote the sport of weightlifting within the region.

Competitors had 3 attempts for each of the 2 Olympic Weightlifting movements the snatch and the Clean & Jerk.  Results were based off of weight categories as well as the Sinclair Coefficient- the international measurement which factors the weight of the lift and the athlete’s weight, to derive a score.  Local athletes that meet residency requirements also lifted for their chance to be selected as members of the Guam Weightlifting National Team and compete in regional and international events for the upcoming 2016 year.

Guam Weightlifting Federation President Ryan Claros had said “This event was very successful.  We are happy to have had lifters from Saipan participate in this event and hopefully we get more of the other islands to come to Guam.  Next year we are going to work hard to get Palau, Nauru, FSM, the Marshall Islands and others to come to Guam for the sport of weightlifting”. Guam Weightlifting Federation Vice President Jesse Rosario added, “This is just the beginning.  Right now we are working on promoting the sport in our local gyms and working with coaches to fully understand this sport.  Very soon, we would like to establish weightlifting as a sport in our High Schools and use weightlifting as a strength and conditioning program for other sports and national federations to build up Guam’s athletics”.

In a little over 9 months the Guam Weightlifting Federation, with the support of the Guam National Olympic Committee, has made tremendous strides in promoting the sport of weightlifting by hosting its first competition in over 20 years at the Leo Palace Resort in March of this year, forming a national team, sending 9 athletes to the 2015 Pacific Games in Papua New Guinea. They also hosted the Friday Night Liftoff held at Synergy Studios in Maite in October with 24 athletes competing.  The GWF has also been able to send National Team athletes to Japan and New Caledonia for training camps and have recently been able to send National Team Athlete, Kimberly Taguacta, to represent Guam at the 2015 International Weightlifting World Championships held this past November.