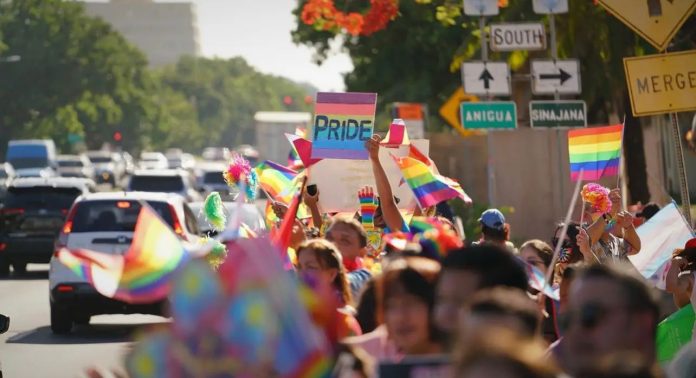 This month, the world’s LGBTQ communities come together and celebrate the freedom to be themselves.

As we enter a new month, we also celebrate Pride.

The uprising at the Stonewall Inn on June 28, 1969, sparked a movement that continues to inspire our island and our Nation’s promise of equality, liberty, and justice for all.

At this time, LGBT patrons of the Stonewall Inn and members of the local community fought back during a routine police raid at the bar.
The events are seen as a critical turning point for significant growth in the gay rights movement. In the immediate aftermath, large groups formed around the country, and thousands of people joined the movement.

Lasia Casil, Executive Director of the Hagåtña Restoration and Redevelopment Authority stated, “During June, we come together to remember, to commemorate those in our community that came before us that lost their lives, that sacrificed their lives, so that we could be here waving our flags.”

At the proclamation, it was recognized that people who are part of the LGBTQ community are still a target of harassment, violence, and discrimination. Yet, despite this, the community continues to thrive through the efforts and support of our island’s community and their endless work and determination for equality, respect, and their right to exist.

Miss Katrina, 11th grader from Guam High School stated and quoted, “Whereas, during Pride Month, we recognize the LGBTQ+ community’s tireless work for equality, respect, and their very right to exist. We recognize the resilience and determination of the many individuals who are fighting to live freely and authentically – that they have fought battles in the courts, ranging from marriage equality to seeking equal protection under the law. In doing so, they are opening hearts and minds and laying the foundation for a more just and more equitable Guam.”

The office of the governor wants the LGBTQ community to know that “We see you, we support you, and we are inspired by your courage to accept nothing less than full equality.”

Lt. Governor Tenorio stated, “I just ask the folks that are understanding and have love in their hearts to stand up, stand up for your loved ones, your friends, your family members and support them. I think that the basis of our chamorro, our island culture, our Guamanian culture is love and respect for everybody, and I say that as long as nobody is harming each other, everybody should be able to live their lives.”