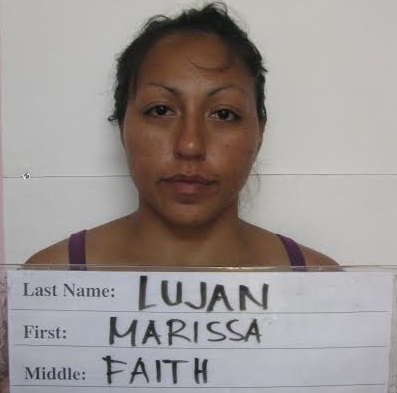 Guam – A 29-year-old woman was arrested for child abuse after police officers discovered her home in deplorable conditions and found a shotgun under the bunk beds in her children’s bedroom.

On April 21st at about 7:40 am, officers received a call from a resident in Santa Rita who caught her neighbor Nathan Diego Weakley on a surveillance camera system stealing food items out of her outdoor refrigerator. When officers tried to contact Weakley, another report came in about Weakly and his girlfriend Marissa Faith Lujan allegedly stealing a bush-cutter from their relative’s residence. According to a magistrate’s complaint, the relative didn’t want to report the incident because they felt sorry for Lujan’s children.
Officers were able to search Weakley’s residence where they found it in deplorable conditions, with rotten food, soiled clothing, roaches, and maggots. The report states that officers also found a “Marlin” brand shotgun under the bunk beds in the children’s bedroom and suspected marijuana in another bedroom. Child Protective Services was contacted in reference to the conditions at the house.
Lujan was charged with Child Abuse as a Misdemeanor.