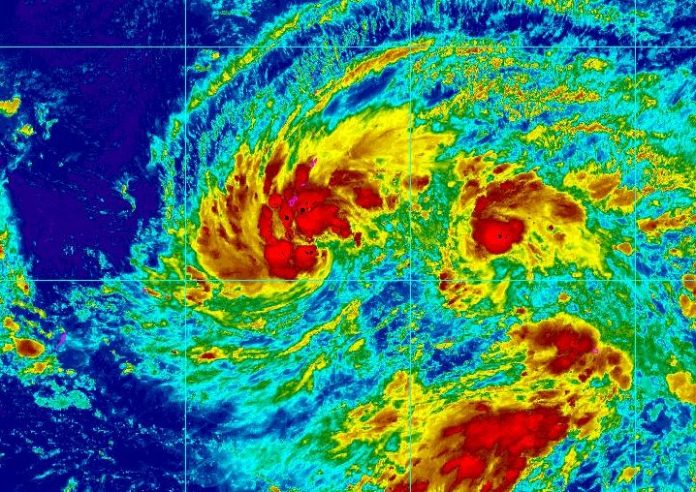 The National Weather Service continues to monitor what is now Tropical Storm Kammuri as it approaches the Marianas.

Damaging winds of 39 mph or more are expected this evening through Wednesday morning, with the closest point of approach expected between 3 a.m. to 7 a.m., although this can change with any updates to the storm’s movement. At this time, destructive winds of 58 mph or more and typhoon force winds of 75 mph or more are not expected for Guam.

The maximum sustained winds predicted for Guam are 50 mph with higher gusts felt mostly in the southern Marianas. Rainfall amounts of 4 to 5 inches are expected through Wednesday.

Guam remains in Condition of Readiness (COR) 2. At COR 2, the community is reminded to stay indoors and remain off the roadways, allowing access for emergency response personnel.

A flash flood watch is in effect for Guam, Rota, Tinian, and Saipan until Thursday morning. A flash flood warning may be issued later tonight. Flash flooding strikes quickly. Do not wait for heavy rainfall to begin clearing drainage areas of debris. Follow these flood safety tips: