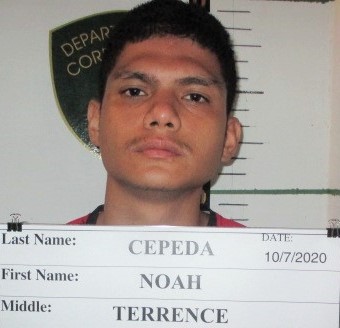 Arrested was a 21-year-old man who police say is the gunman.

Noah Terrence Cepeda was arrested Wednesday, a week after John Anthony McCord, the driver, was arrested.

Upon his arrest, McCord was adamant about not owning a gun and stated all he did was drive.

According to the court complaint, McCord identified Cepeda as the shooter in the vehicle.

Police say this statement was made during a recorded Paytel conversation.

Police say that Cepeda admitted to a witness that he owned the gun and stated he was going to turn himself in.

Court documents state that Cepeda’s girlfriend informed officers that the Defendant returned home on the night of the shooting and he was attired in clothing that matched the clothing of the second suspect with John McCord from the Ypao Mart security footage.

She further indicated that the defendant was breathing heavily and appeared “worried and paranoid.”

He was held on cash bail.