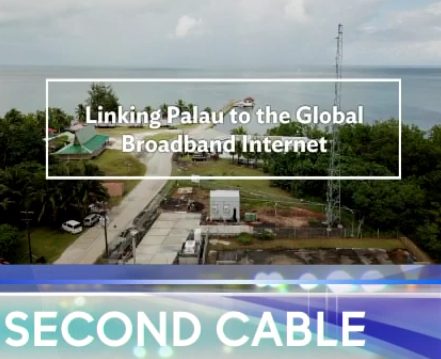 Palau and its partners are about to start a project to bring a second submarine cable to the island to strengthen its telecommunications system.

The project partnership between Palau, the United States, Australia, and Japan secured financing for the construction of a new state-of-the-art fiber optic cable valued at approximately US$30 million.

This current initiative, which is called PC 2, will introduce a new cable spur that will connect the island to a major cable network in the Pacific.

Japan, the U.S., and Australia provided financial support for the project.

Australian Ambassador Richelle Turner said: “As of January last year, there were over 17,000 internet and social media users on Palau or 94 percent of the population using the internet. With this increase in internet traffic, the requirement for sustainable and affordable backup capacity is vital.”

Japanese Ambassador Akira Karasawa said: “This project is very symbolic as one of the trilateral cooperation between Japan, US, and Australia, in the context of a free and open Indo-Pacific.”

Palau President Tommy Remengesau Jr. says the second cable will not only bolster the system against natural threats but will also protect against human threats as well. He says the investment must come hand in hand with a commitment to a secured communications network.

“Palau is committed to build a clean domestic network and to contribute to an international clean network as well,” Remengesau said.

The Palau president announced the plan when he delivered his State of the Republic Address in 2019. He said investing in the second cable would cost the government approximately $2 million per year, which is the cost to back up Palau’s system with satellite services.

However, he said this will provide redundancy to the island system, meaning that if one cable is cut, the second cable continues to bring signal to the island.