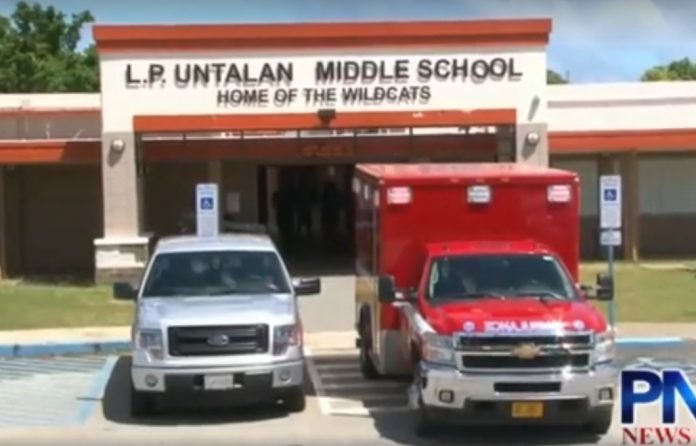 Guam – Untalan Middle School went into lockdown around 9 this morning after a bullet was found on campus.

But apparently 16 minutes was enough time for authorities to conduct a sweep of the facility as the all clear was sounded at 9:16 a.m, according to Guam Department of Education Spokeswoman Isa Baza.

This is the second time in a week that UMS underwent a shelter-in-place because of a bullet being found on campus. On May 2, UMS went into lockdown at 10:30 a.m. after authorities were notified of the ammunition being found.

No other details were provided in both instances.