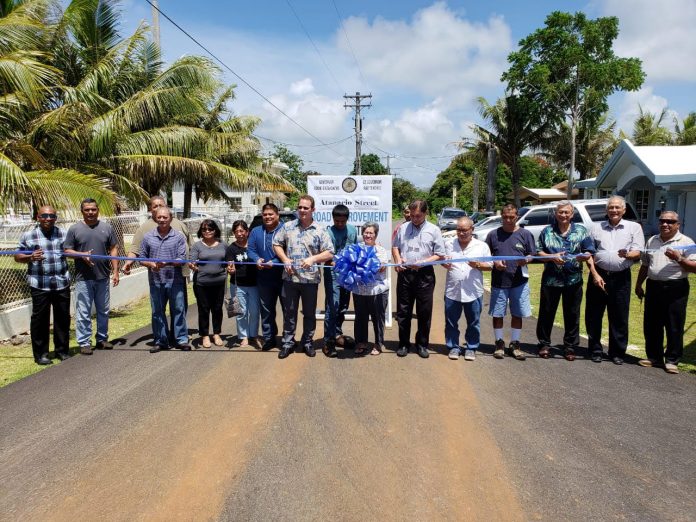 Guam – Residents of Antanacio Street in the village of Mangilao are now able to drive on a newly paved road. Completed earlier in May, the new road is the latest product of the Island wide Road Pavement Program.

Approximately $3.8 million dollars was appropriated to the Department of Public Works through the Legislature and Governor’s Office, paving the way for improvements to various streets throughout the island.

Improvements to roads, or lack thereof, continues to be politicized. Acting Governor Ray Tenorio was on hand for the ribbon cutting, and attributes this repaving completion to the newly increased Liquid Fuel Tax, saying that quote “There is a gap between what we want and what we are willing to pay for”.

“If there’s an issue with health care, public safety, public health, public works, it comes down to what the Legislature’s policy is and what they put behind it to make it happen. We’ll execute, we’ll do the Executive branch function, but we’re asking the Legislature, let’s be intelligent about the things we do, rather than be political and knee jerk reactions. Let’s do the things that the people need, and we’ll continue to get those things done,” said Tenorio.

The ceremony was held last week.