The three new members are:

The three new members will join the six Government of Guam agency Cannabis Control Board members made up of the designated representatives of the Departments of Revenue and Taxation, Agriculture, Public Health and Social Services, the Guam Behavioral Health and Wellness Center, the Guam Visitors Bureau, and the Guam Police Department.

“Now that adult-use cannabis is legal, the process of establishing an industry begins and the Cannabis Control Board will be responsible for regulating all that the law prescribes. Our Government agencies and our public members have an important role to set the framework for Guam’s newest industry and to ensure that we carry this out safely and responsibly for our community,” said Gov. Lou Leon Guerrero.

Now that the Cannabis Control Board is complete, the board is tasked with promulgating rules and regulations on the possession, use, sale, processing and distribution of cannabis products, levying fines and penalties, enforcement of the rules and regulations, and issuance of licenses, among other duties and responsibilities.

The location, date, and time of first Cannabis Control Board meeting will be publicly announced at a later date. 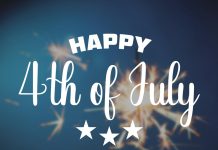