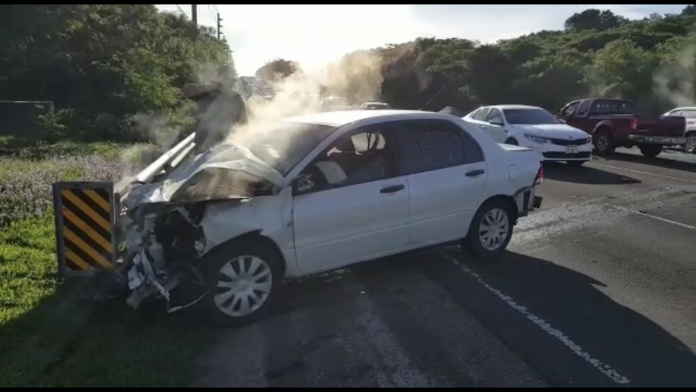 Guam – A three-car collision near Father Duenas Memorial School has resulted in the injuries of three people (not five, as first reported), including one with what may be serious injuries, according to Guam Fire Department Spokesman Kevin Reilly.

The accident was reported at around 7:30 a.m., during the morning traffic rush. Details about the accident have yet to be disclosed, but PNC was on scene moments after the crash, and we observed one man semi-conscious, bleeding in his vehicle while another was laid out on the side of the road.

The Guam Police Department was also on scene directing traffic as all north- and southbound lanes on a stretch of Route 10 were blocked off as the site was being cleared.

The conditions of the three injured in the crash are unknown at this time.