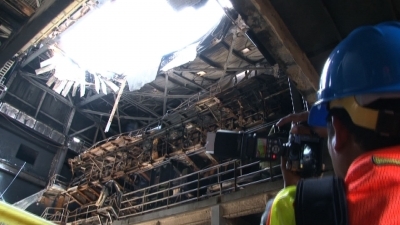 Insurance adjusters Cunningham Lindsey were on island November 18 and 19.

Guam – Three claims filed by GPA before the explosion at Cabras 3 & 4 in late August have been denied. According to CCU documents, independent experts noted that a crack in the shaft of Cabras 3 was not caused by a single event, rather a gradual process. The documents also state that the cracks are a gradual wear and tear issue, routinely dealt with during preventative maintenance.” According to the document, GPA says they will ‘engage expert of our own, provide compelling written contradictory expert opinion that the cracks in the shaft were the result of a single sudden accidental event and convincingly dispute the case that the cracks are a result of gradual deterioration. Cabras 3 and 4 suffered an explosion in late August, which has caused an island wide power crisis. The root cause for the explosion has not yet been released, due in part to the removal of the roof, which is still in process.  According to the document, the work on the roof has begun and it is expected that GPA may have safe access to inspect the engines within 30 days.