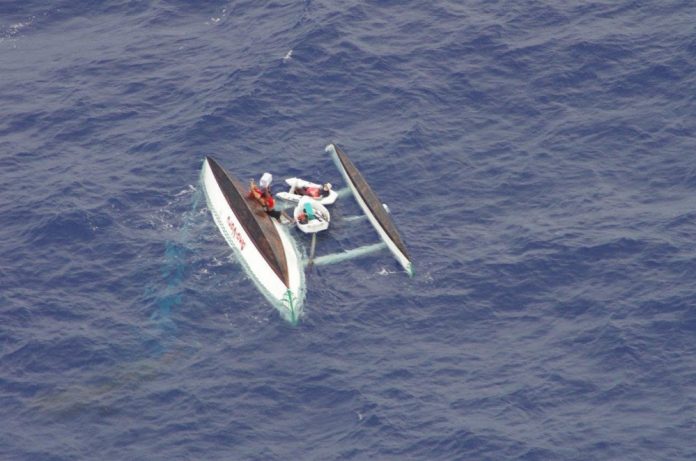 Good Samaritans from a merchant vessel, with Coast Guard coordination, rescued three men from an overturned vessel over 70 miles off Yap, Saturday.

The crew of the vessel, Frio Mogami, participated in the Automated Mutual Assistance Vessel Rescue System program, and recovered the three men, ages 31, 50, and 75, from their capsized, 36-foot sailing canoe.

The men were all wearing life jackets and were in two separate dinghies drifting with their vessel. They also used a registered position indicating radio beacon.

At 9 a.m. Sunday, following their initial rescue, the three men were successfully transferred to the U.S. Coast Guard Cutter Kiska.