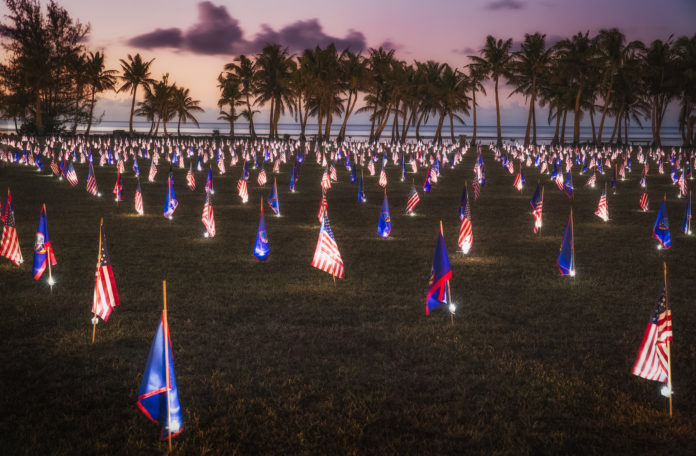 Thousands of tiny commemorative flags still beat in the wind at Asan Beach this evening after Saturday’s preparation.

Asan is one of the beaches where U.S. forces landed in 1944 to liberate the island. Naval Construction Battalion 11, or Sea Bees, devoted over 50 hours during the week leading up to the event to plot points for the flags.

Hundreds of volunteers showed up at the park to help. Park Ranger Rufus Haspalur says it was the largest turnout ever.