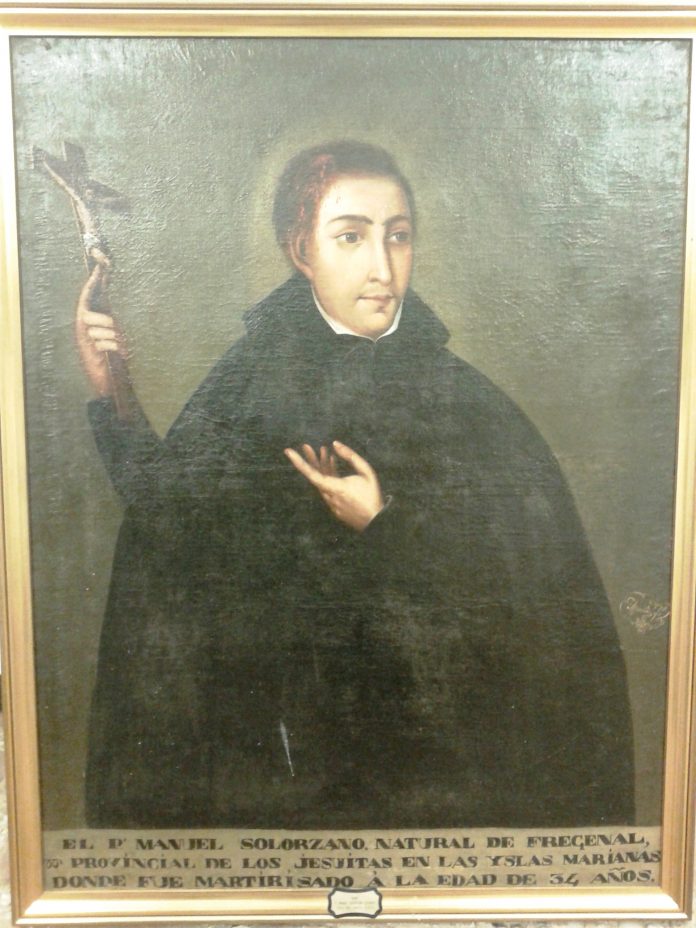 Guam – Guam is seeing history come alive through an ancient relic that has just returned to Guam 330 years later. It is the skull of Padre Manuel de Solorzano, a Jesuit priest who was killed by Chamorro men in 1684.

There is a rich history behind Father Manuel de Solorzano, a 17th century Jesuit priest who was killed on Guam, as his life not only documents his Catholic mission to evangelize the people of the Marianas, but also his observations of the ancient Chamorro that many only hear about through legends. His descendant, Dr. Manuel Lopez Casquete, brought his skull back to Guam yesterday, 330 years after it left the island. He shares his thoughts on reuniting his ancestor’s remains with the land that took his life.

“To this moment I have had very emotional moments, first of them was when we were landing, I mean we were landing with the human remain from someone who died here three centuries and a half ago,” says Dr. Casquete. “Also for me it’s very important that they came here moved by love.”

And that was the inspiration for Father Solorzano’s mission to Guam, one that we really only read about in biblical text. History scholar from Spain Dr. Andres Oyola Fabian says there was at one point when Father Solorzano went missing in Spain. He was later found praying in a Church in Granada with a choir. That’s where Father Solorzano’s journey to Guam began.

“He had the conviction and the inspiration there has to be a missionary in the Mariana Islands and not any other place. And second he asked from God to martyr them,” Dr. Fabian explained.

Father Solorzano came to Guam around 1675. According to historical reports, Father Solorzano was killed by Chamorro men in defense of their island, much in the same way Father Diego Luis de San Vitores met his death 12 years earlier. Although close up shots are not being allowed of Father Solorzano’s skull, University of Guam Professor David Atienza says his remains were authenticated a few years after his death when his body was exhumed.

“We know it’s him because we can see in the skull from an anthropology point of view, we see the cut, it belongs to a 30 year old, around 30 years old man and has the cut of the machete that matches perfectly with the chronicle of the time of how he died,” explained Atienza.

In addition to the human remains of a priest who seemed to live only in history books, over 200 pages of letters were also returned to Guam. Well preserved as well, these original letters were mostly written by Father Solorzano to his own father. And in fascinating detail, some letters are even written in Chamorro.

“From a historical point of view we have a 3D element plus 200 pages of documents to reconcile the minds of the men of the 17th century. So this event is high level historical and academical,” added Atienza.

Father Solorzano’s skull will be unveiled during a special Holy Mass to be held tomorrow night at the Cathedral de Basilica in Hagatna which will begin at 6 in the evening.