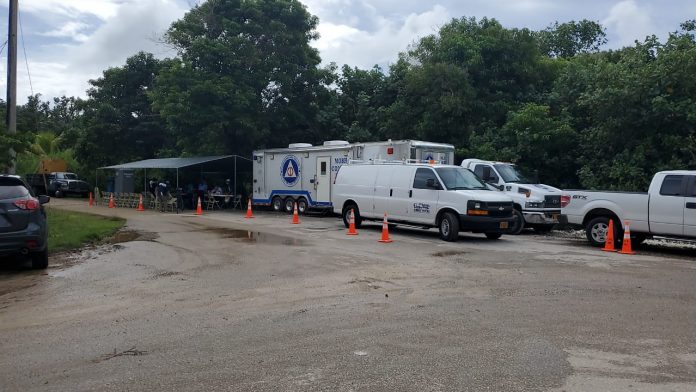 The testing was part of an effort to focus on communities that had shown an alarming spike in cases and deaths related to the disease.

The Rapid Engagement Team — composed of personnel from Public Health as well as other agencies such as the Department of Public Works and the Centers for Disease Control — focused specifically on the FSM community in the Gil Baza and Zero Down subdivisions.

Public Health worked with the Yigo Mayor’s Office as well as leaders from the FSM community to coordinate their efforts.

Public Health director Art San Agustin said the team also integrated a social services aspect to the effort, taking the opportunity to address public assistance needs along with health needs, to create a more holistic approach. All testing was voluntary.

During a news conference held by the governor yesterday, San Augustin said he wanted the residents to view the testing as part of, “..a team approach, not a sense of law enforcement.”

Day Two of testing in the area continues today (Friday).