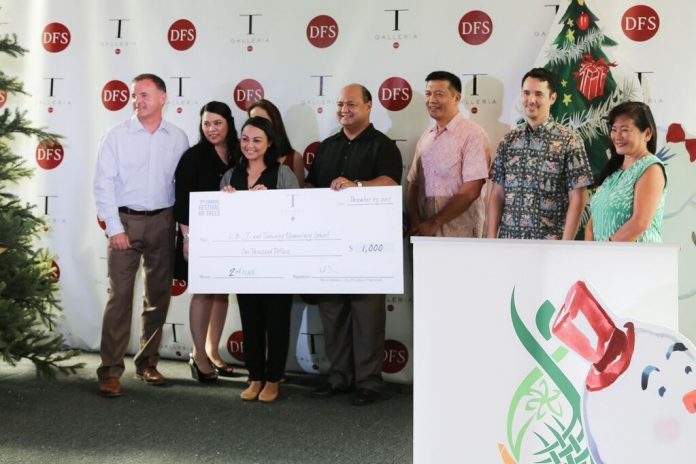 According to the release, each school that competed received a $200 check from T-Galleria.

Guam – T Galleria Guam’s third annual festival of trees announced aw inner over the weekend and for the second year in a row, B.P. Carbullido took home first place and $2,000.

According to a press release, B.P. Carbullido took home first, while L.B.J.  and Tamuning Elementary school took home second and Ordot Chalan Pago Elementary took home third place. Both second and third place took home $1,000. Fourth place went to Inarajan elementary, and fifth place was a tie, between price and Wettengel elementary schools, each school took home a cash prize of $500. In total, DFS gave away $10,000 in prizes this year. This year’s festival of trees had a special theme, as all twenty-seven participating schools represented one of the visiting island nations for next year’s festival of the pacific arts.