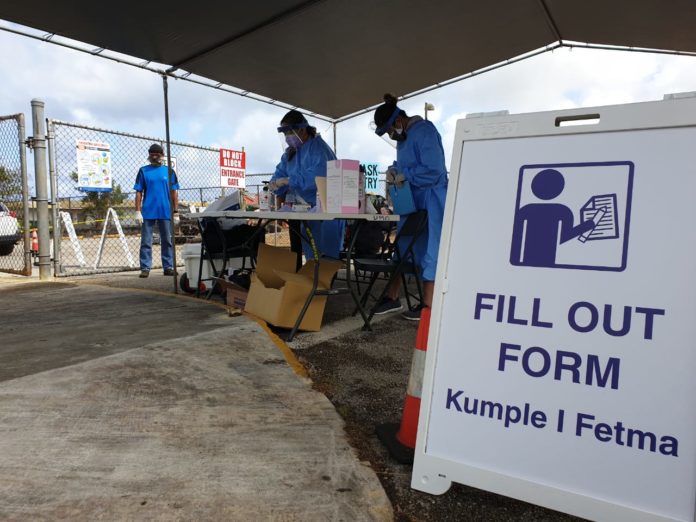 Dededo Mayor Melissa Savares told K57’s Patti Arroyo, that Public Health will be at the Astumbo Gym again on Tuesday and Wednesday this week.

Savares said they’ll be in Mangilao on Thursday, followed by Agat on Friday.

The dates and village locations have subsequently been confirmed by the Governor’s office.

The testing’s specific locations though, for Mangilao and Agat, have no yet been announced; neither has the time of the clinics.

The added dates and locations, come as part of GovGuam’s plans to increase community testing. The first of these pop-ups was on Saturday at the Astumbo Gym in Dededo.

Public Health swabbed 52 people from the Sagan Linhanyan and Lower Astumbo neighborhoods at the centre, where nurses had canvassed last Thursday and Friday.

None of the samples from Saturday tested positive.

It’s unclear if Public Health nurses will once again, be canvassing neighborhoods to hand out passes for people to get tested this week.