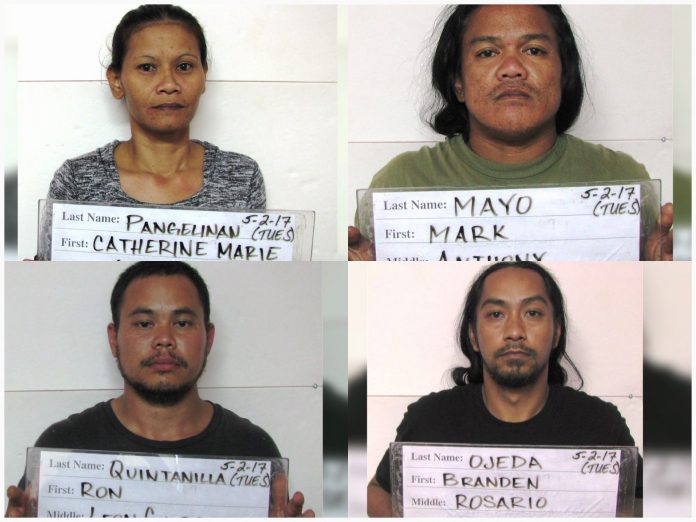 The drug bust was executed on a residence along Y-sengsong Road Tuesday.

All four suspects were booked and confined.